T is for Tournament

Spring 2020... My son moves home from college because of the pandemic, so I've got 3 of my 4 children living at home again. We own so many board games, but no one ever wants to play them, so I devise a plan--the Game Tournament Bracket. I put most of our games into a competition bracket. The exceptions were games for only one or two people, like chess or cribbage. Here were the first competitions: 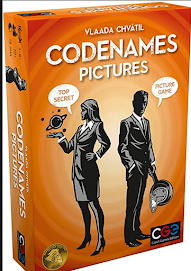 It worked! Almost everyone came to play (my youngest daughter didn't often join us, sadly). Strange things happened in this round. I had paired some of our favorite games together, and so some of the best games didn't advance, and I paired a couple of the games no one liked together, and so some unpopular games did advance. I bought Monopoly Deal because I knew we wouldn't make it through a whole game of Monopoly, and it quickly became a favorite. I never could convince anyone to sit through Things, and so it forfeited. Decrypto belongs to my older son's girlfriend, and it took the place of Spontuneous.

Everyone was annoyed that Risk had advanced, and they were sad that Loot hadn't made it, so we cut Risk and put Loot in its place (aren't you glad basketball brackets don't work like this!?). A similar thing happened with Catchphrase and Forbidden Island, because Blokus somehow won that one. It turns out that one of the key things my family likes in a game is that it is fast. Practically none of the longer lasting games made it through this cut:

This was super surprising to me, because very few of my favorite games made it to this point. By this point, everyone was tired of games, and we took a very long break before finally making it to the next roung.

At this point, I couldn't get them back to play one more game...so round 5 was made by voting without playing.

And the winner is:

Codename (we have the pictures version).

It was a bit of a shallow victory though, since no one wanted to play it. Hahaha

On the other hand, my son got into Settlers of Catan, and we played that quite a bit for a while, before ultimately losing interest. We've played quite a bit of cribbage, and my youngest son is pretty obsessed with chess atm. My older son bought another game called Love Letters, and we play that every now and then. We borrowed Quirkle from my classroom, since we aren't allowed to play games during the pandemic, and that one is fun. And we always enjoy a good game of rummy. And darnit, if I was in charge of the world.

Bananagrams would have won, not been beat out in the first contest! 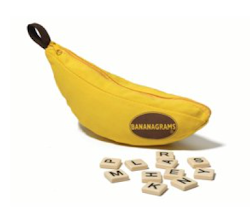