I've been in a slump since publishing Hidden Magic on Friday. That book has been a huge part of my life for so many years, and now it has left my heart and gone out into the wide, wide world. I know I should be actively marketing it, but I need a few days to just let it be gone, to figure out what I'm going to do with that empty space in my heart and life. It's terribly exciting, and yet every once in a while I also find myself in tears for no good reason.

Here is a scene from Hidden Magic, which is on sell at amazon. For a couple more weeks, you can buy the ebook for only .99 cents and the soft cover book is just $9.99.

I chose this teaser because Jessica wanted me to show the world that there was more to my book than romance:

He’d only learned how to shapeshift this year, and he wasn’t very confident at it yet, but adrenaline made up for lack of skill. As the strange lion sprang, Arram shifted into the shape of a dragon. He hadn’t had the time or the proficiency to think about what he would turn into, but had simply hoped for something big. A dragon though? Arram hadn’t even realized such a thing was possible. How ironic.

Arram slammed into the cat, which landed on its back. With amazing grace it twisted back onto its feet and sprang again--this time at Arram. They rolled, and one of its claws raked Arram’s arm, one of the few spots his scales did not protect. He roared in shock and pain, and tried to bite the cat’s throat. Quickly he realized his mistake. The cat was too agile, and Arram was much clumsier than any dragon he had ever met. He needed to rely on his superior size, so he locked the cat in a tight bear hug and began pummeling it with his claws, a move no real dragon would be caught dead using. Whenever the lion tried to bite his throat, Arram managed to block it. The lion was bleeding from several gashes, but thankfully, it hadn’t been able to hurt Arram again.

Arram growled, deep in his throat, and to his surprise, sparks shot from his mouth, reigniting a patch of blackened groundcover. The cat let out a primeval roar in response. Arram roared back, more carefully this time, and managed to pick up the whole animal and throw it. It yelped in pain as it hit a tree, and took a long moment before it sprang back into a crouch. But this time, Arram didn’t wait for the attack. Taking the offensive, he lunged for the cat, who met him halfway. Before he even realized what was happening, Arram’s claws had ripped a deep gash from the cat’s throat to its stomach. It lay there, thrashing on its back. Arram was torn between revulsion at the thought of killing something so helpless and a desire to end its suffering. He lumbered towards it on all fours and roared again. Dragon instincts took over, and soon the animal lay dead on its back. The whole fight had taken only a few minutes.

Arram turned to face Jenny, who was stamping out the fire, her face white with shock. “Arram?” she whispered, and took a deliberate step toward him.

She looked pale and frightened, and he longed to put his arms around her to comfort her, but given how much magic shapeshifting used up, he might be a dragon for a while. Jenny’s hand stroked the scales of his back tentatively.

To his relief, shifting back was not as complicated as he’d thought it would be. He even remembered to make sure he was fully clothed when he returned to his normal body. Jenny, looking more frightened than before, threw her arms around his neck and then pulled back, touching his arm gingerly. “You’re bleeding,” she said, showing him her own hand, which was now covered in his blood. She swayed and sank to the ground.

Feeling a little lightheaded himself, Arram sat on the ground next to her, and gathered her into his arms, murmuring, “Jenny, Jenny, you’re all right.” She pulled away, her eyes darting around frantically.

I have the coolest friends ever. They let me live out a life long dream: a Book Release Party and Book Signing rolled into one. It felt very surreal to see all those people I loved, mixed with a few strangers and realize they were there for ME, to celebrate that I had written a book. This book: 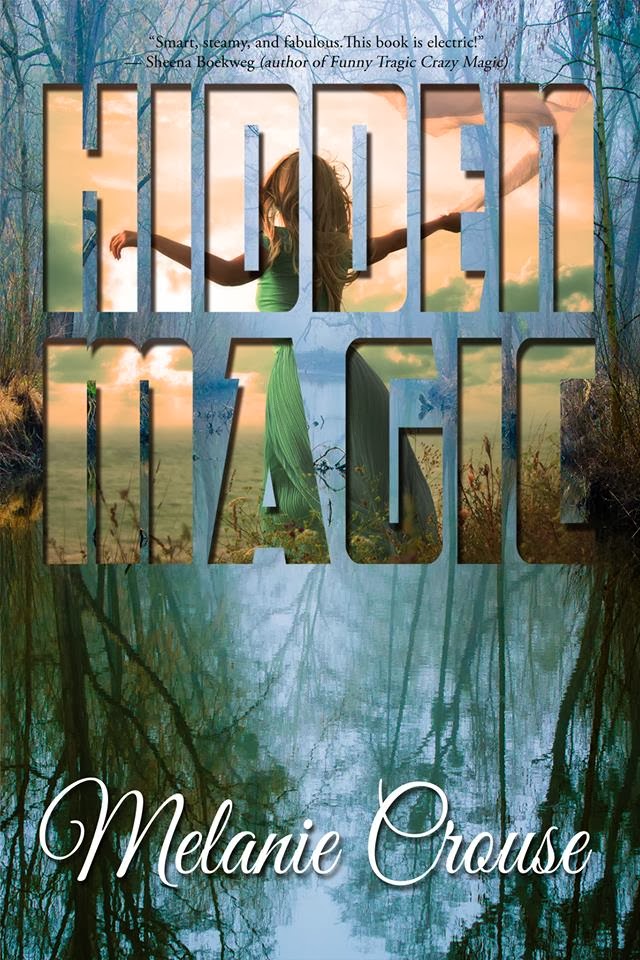 Buy at amazon
Toward the end, completely unexpectedly, I was asked to talk. I know, I know, it sounds ridiculous that I was shocked that anyone would ask me to speak at my own Book Signing, but really...anyone who knows me knows that I do a lot better with the written word than the spoken word. But these crazy people really intended for me to say something! Luckily, there were a lot of questions, nearly all of them about this book: 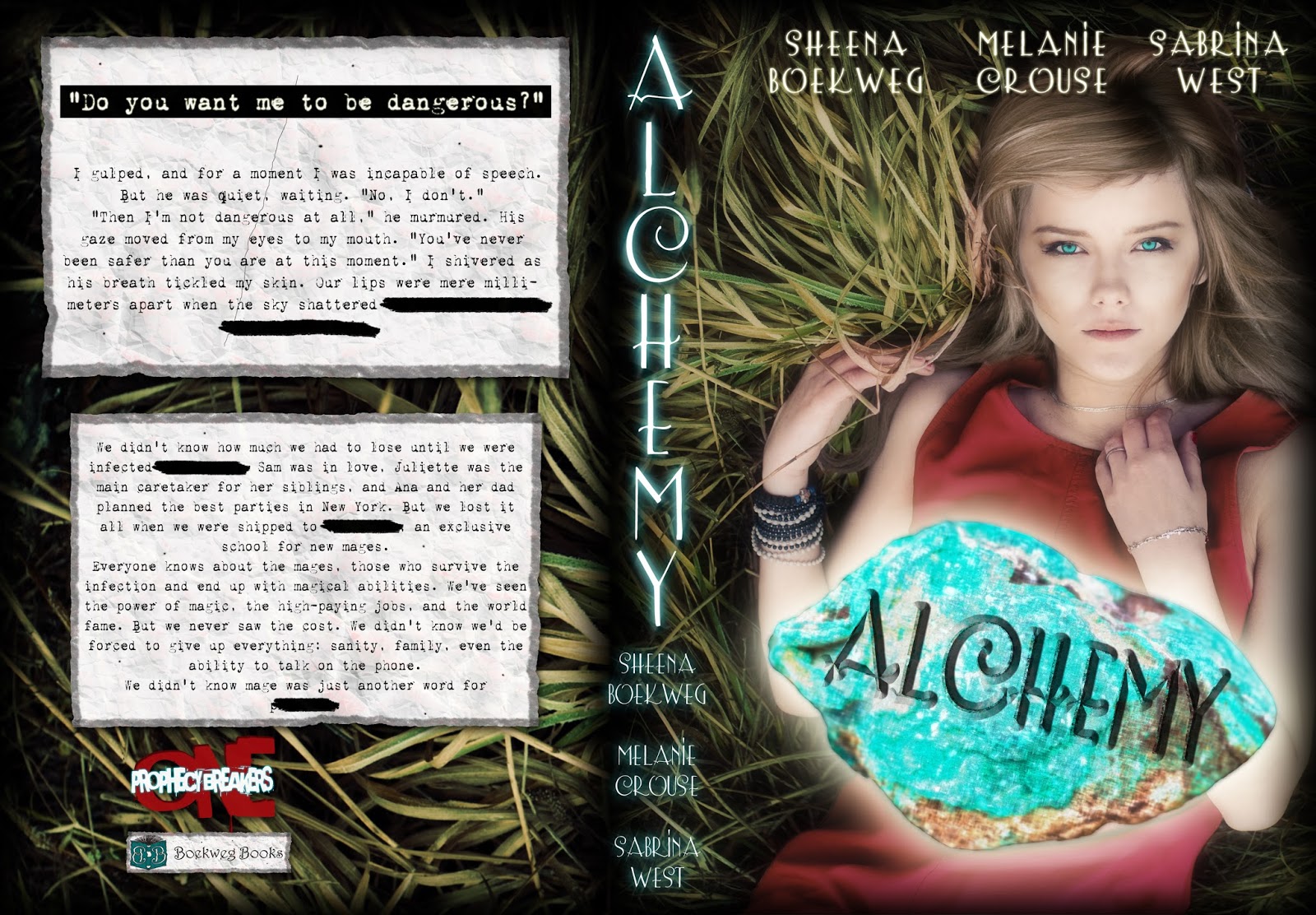 I guess it is a tradition now, that when I publish a book we get a cake from The Bankery in Skowhegan, Maine. The cakes are incredible. People just stood around staring at this one. It's gorgeous stuff:

I even did a book reading, which was awkward, but fun: I read the section where Nico and Mariah demonstrate what happens when two dravani fall in love: 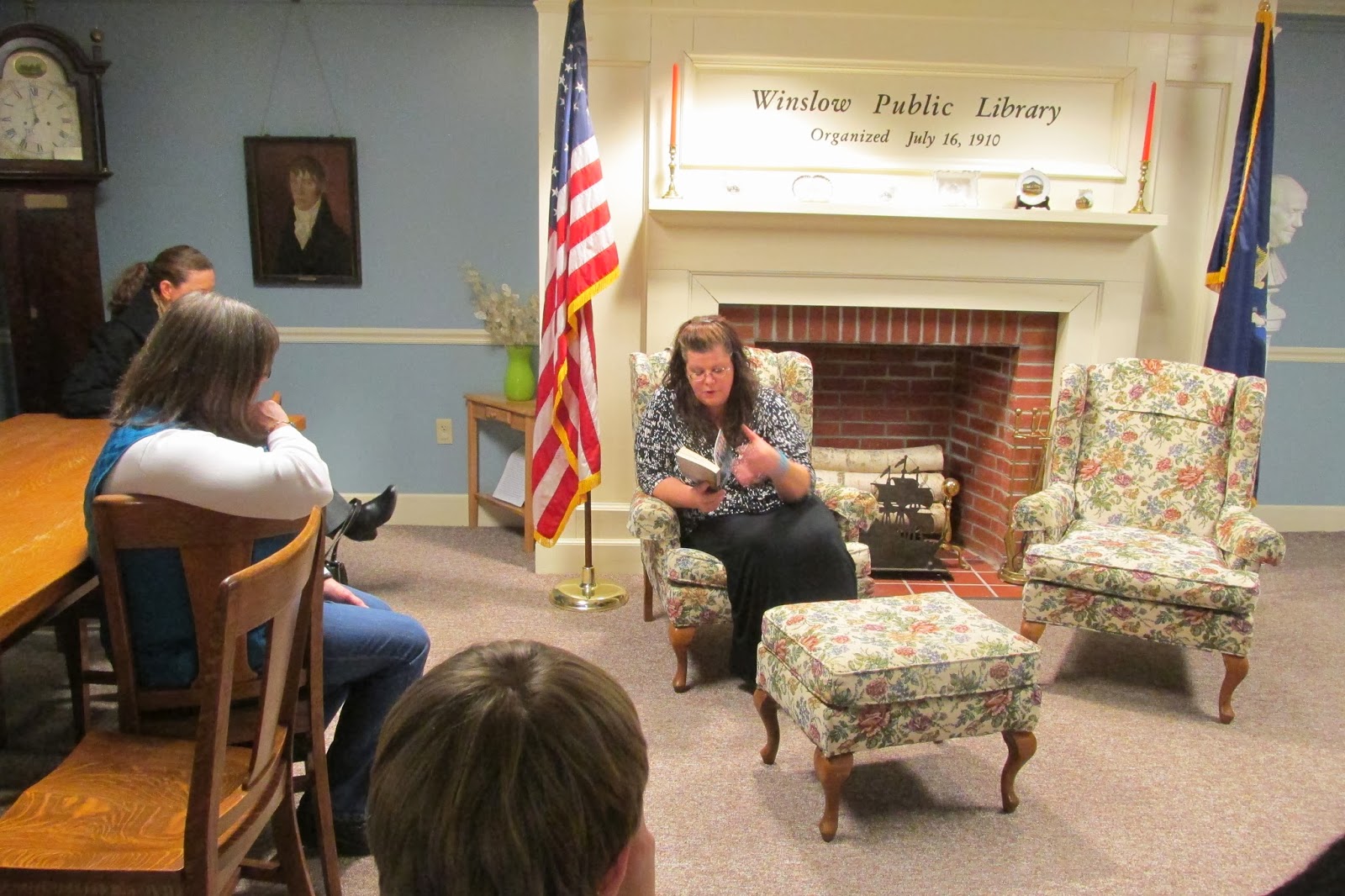 A smattering of pictures. If I get more, I will add them. 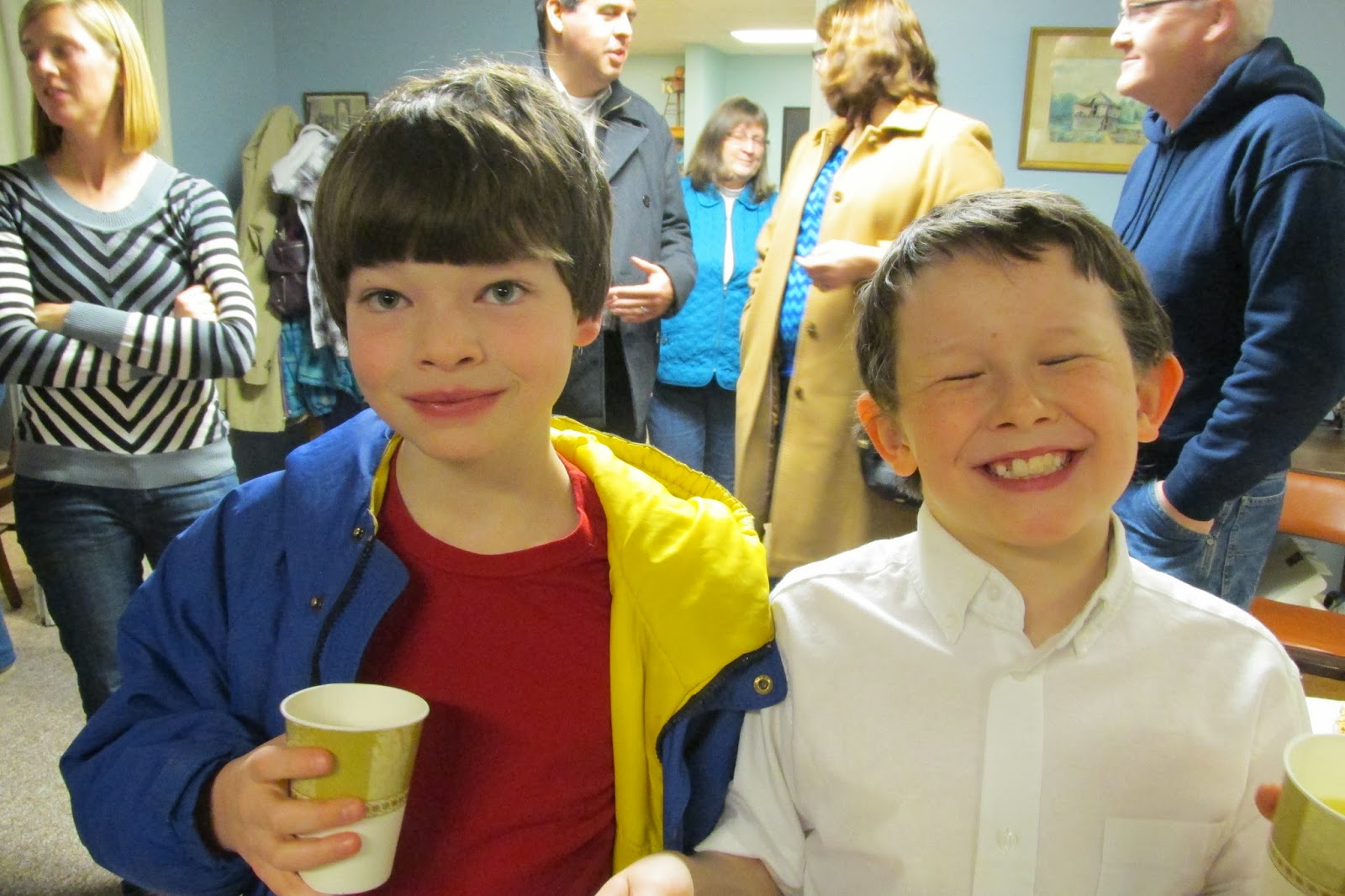 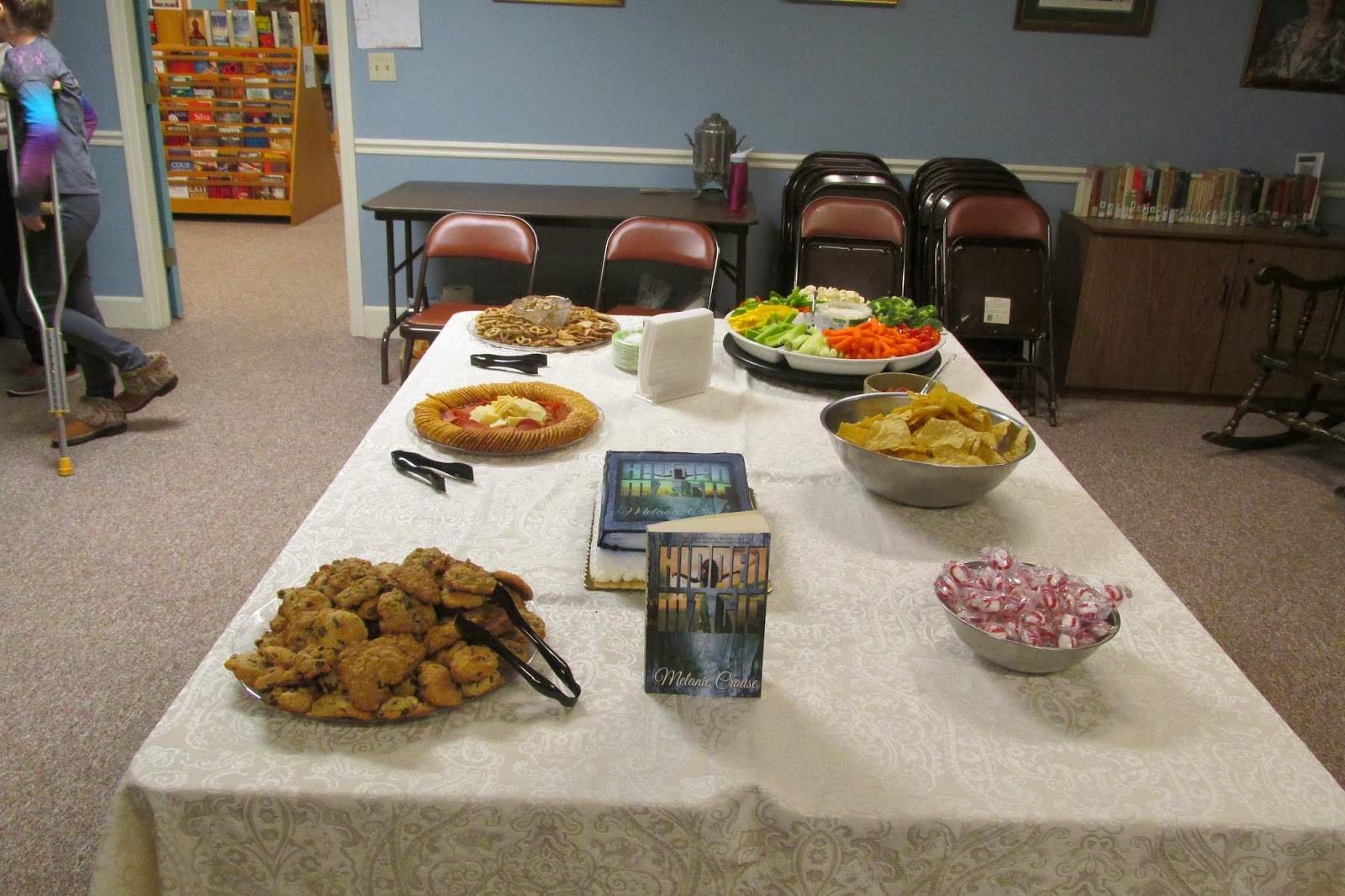 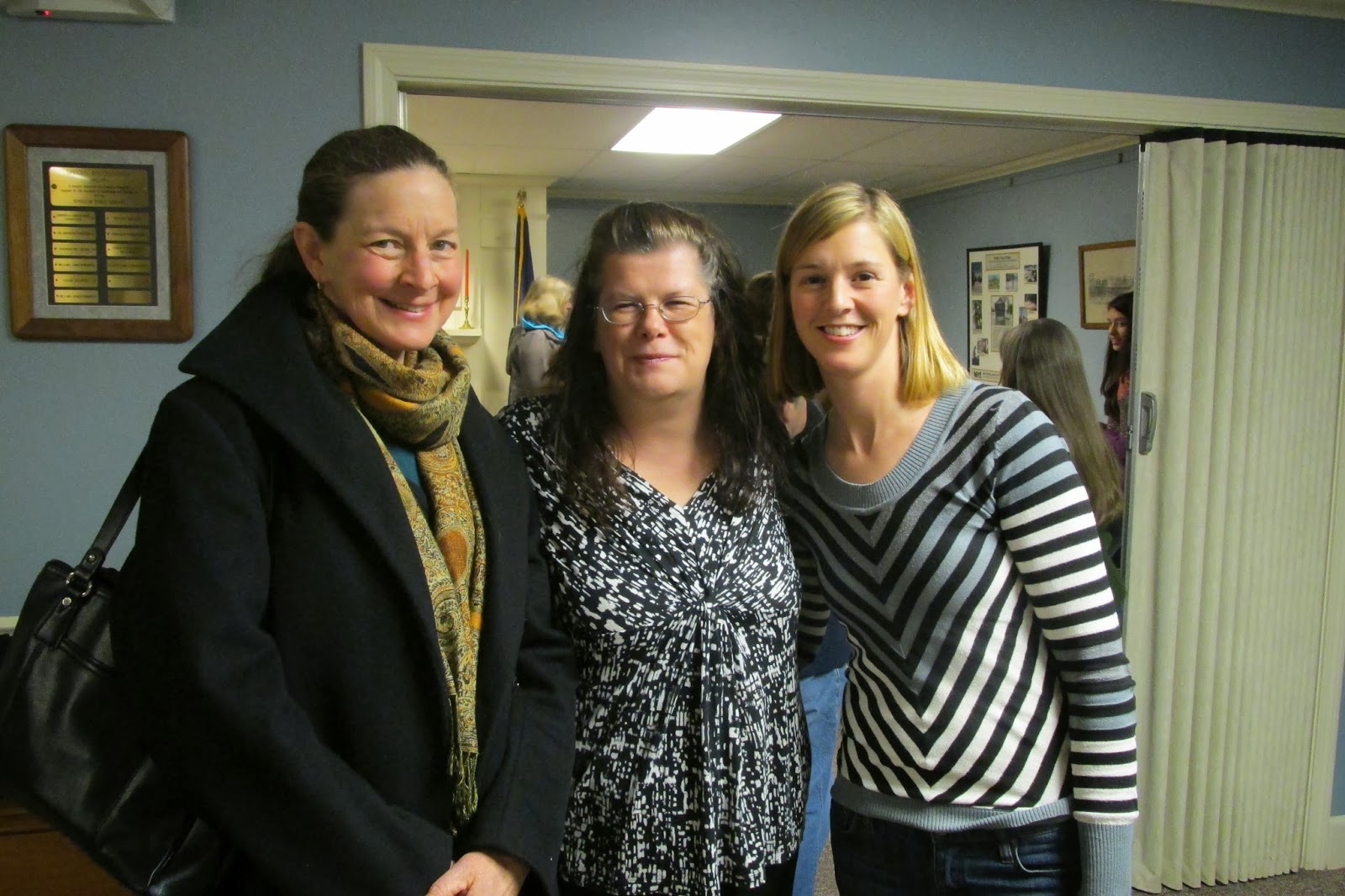 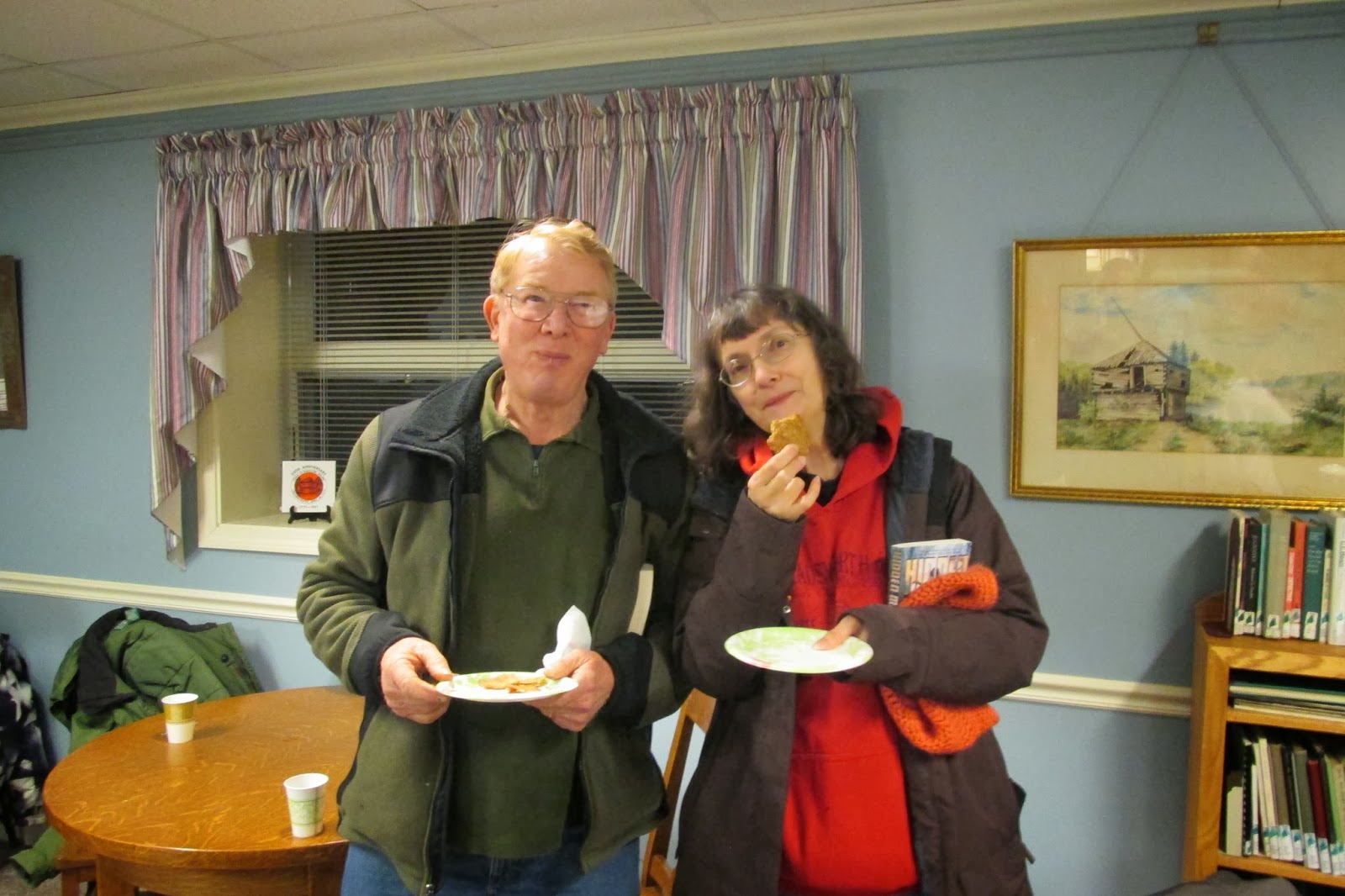 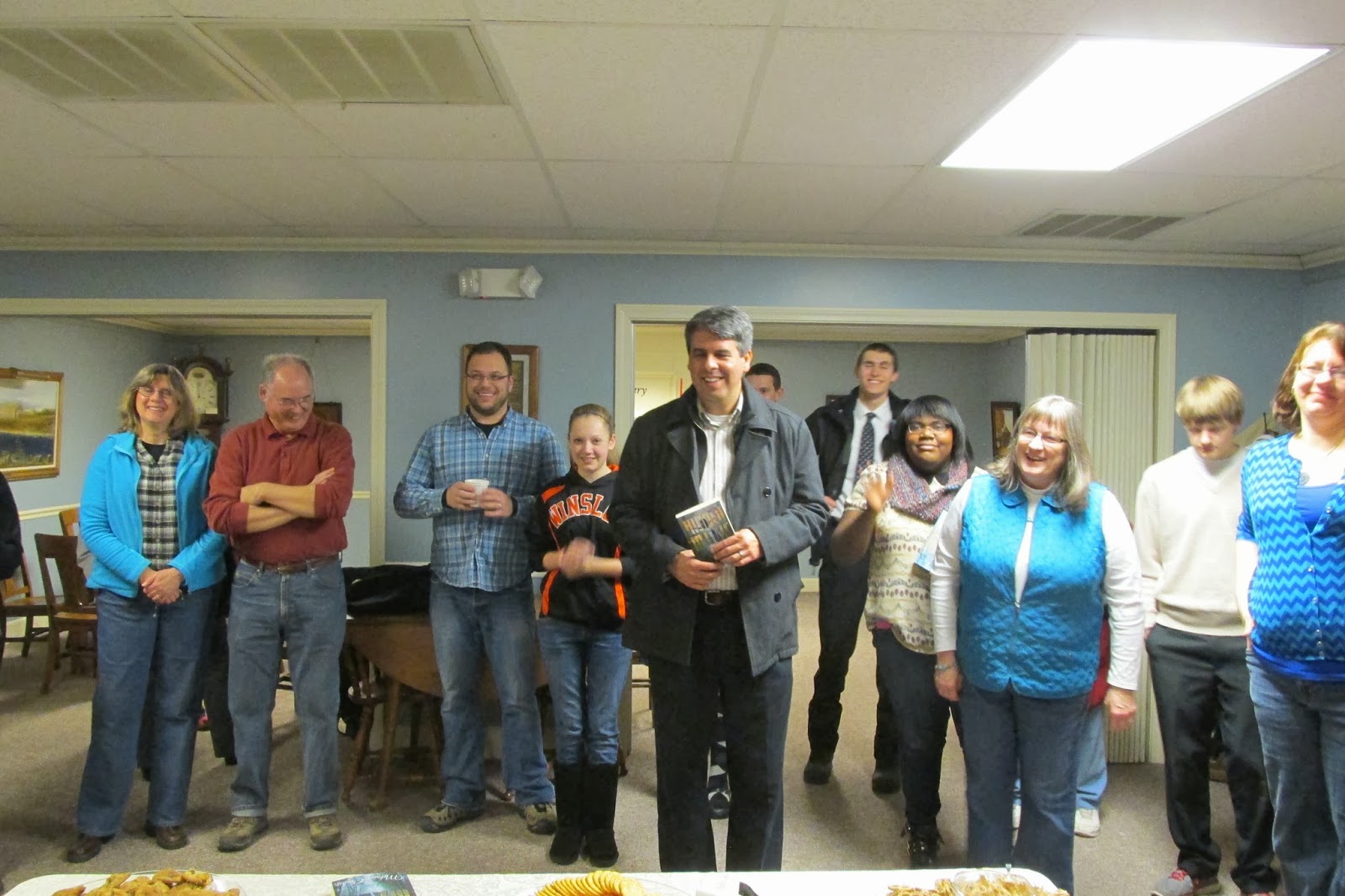 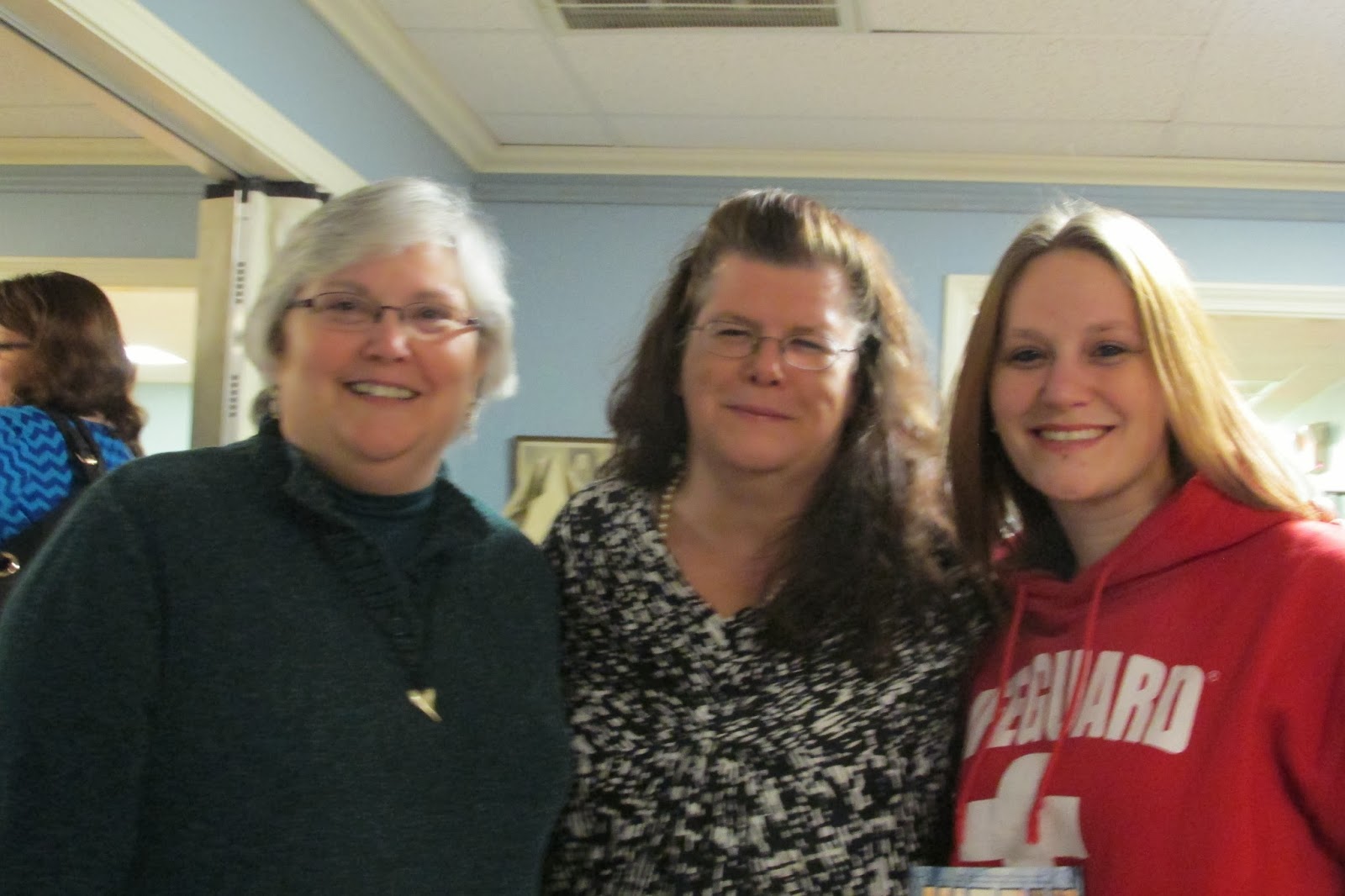 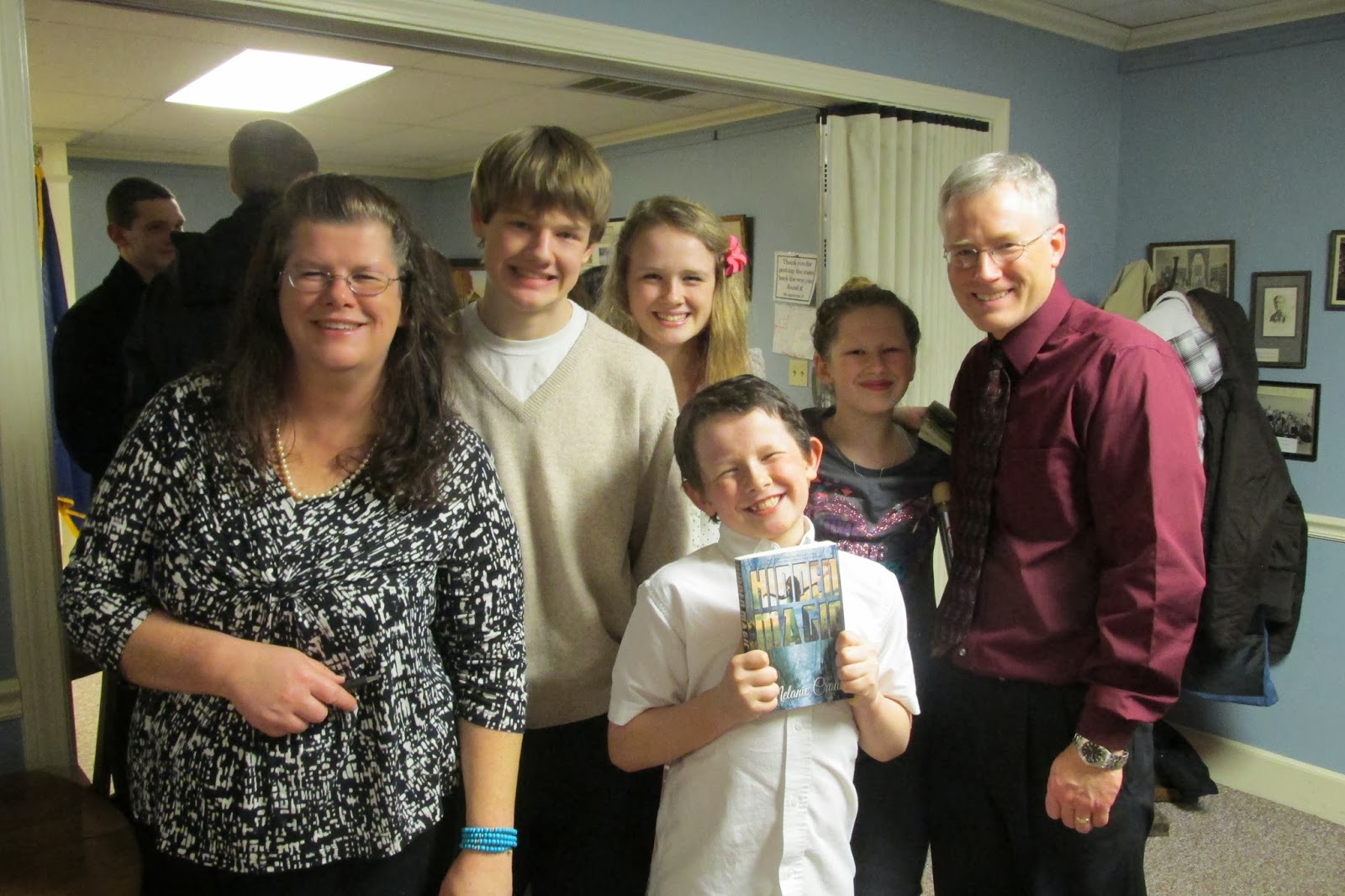 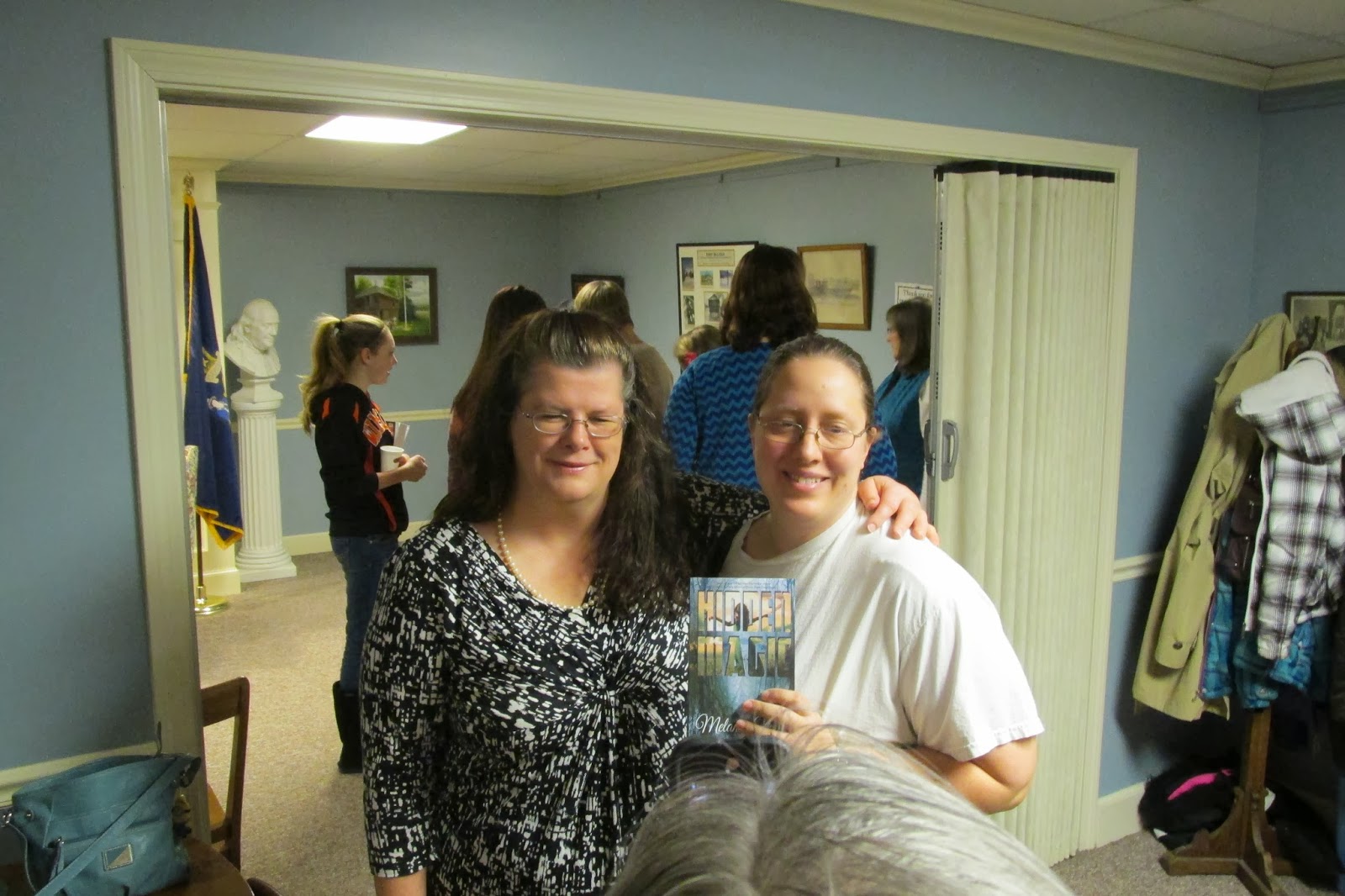 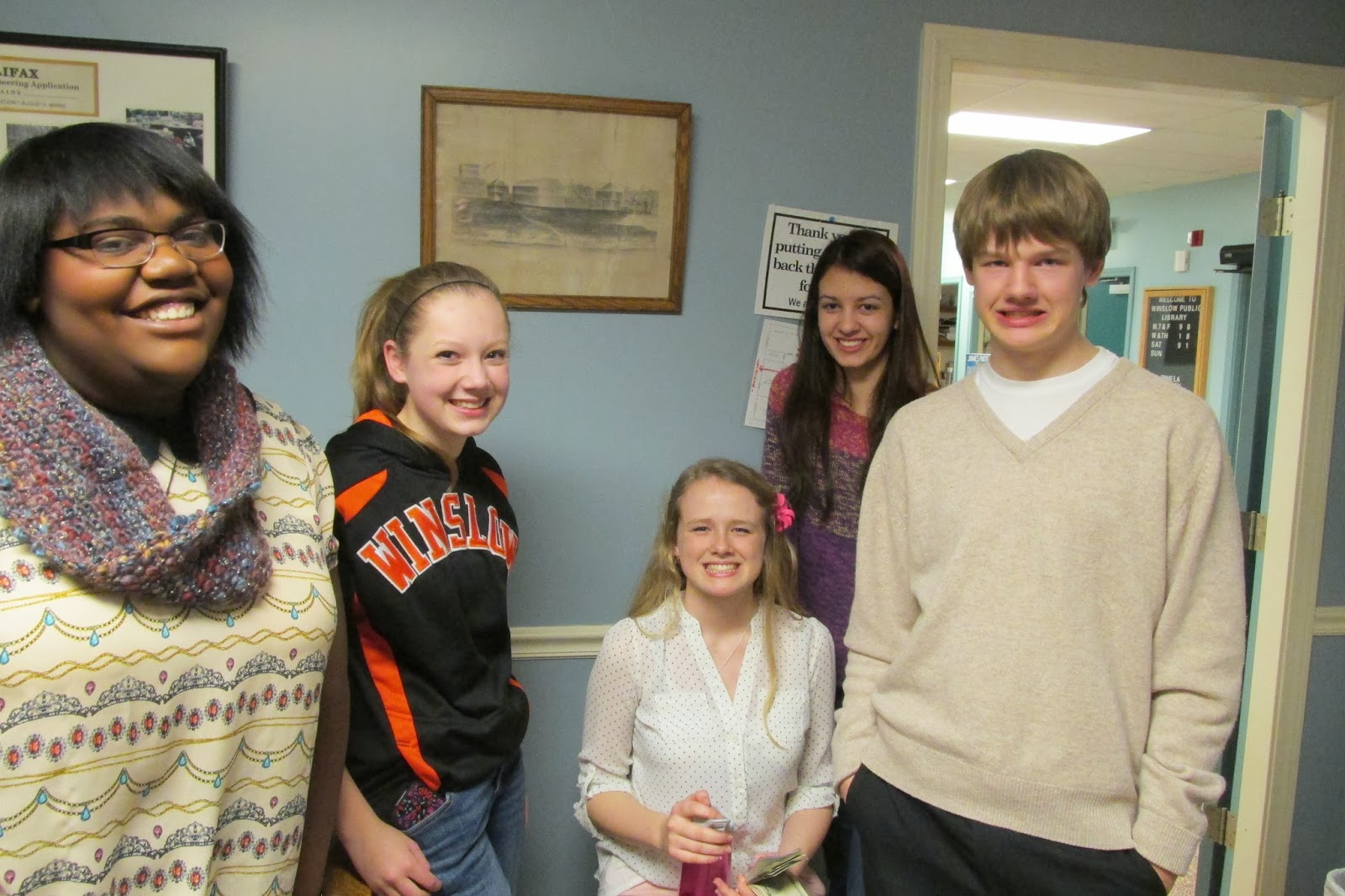 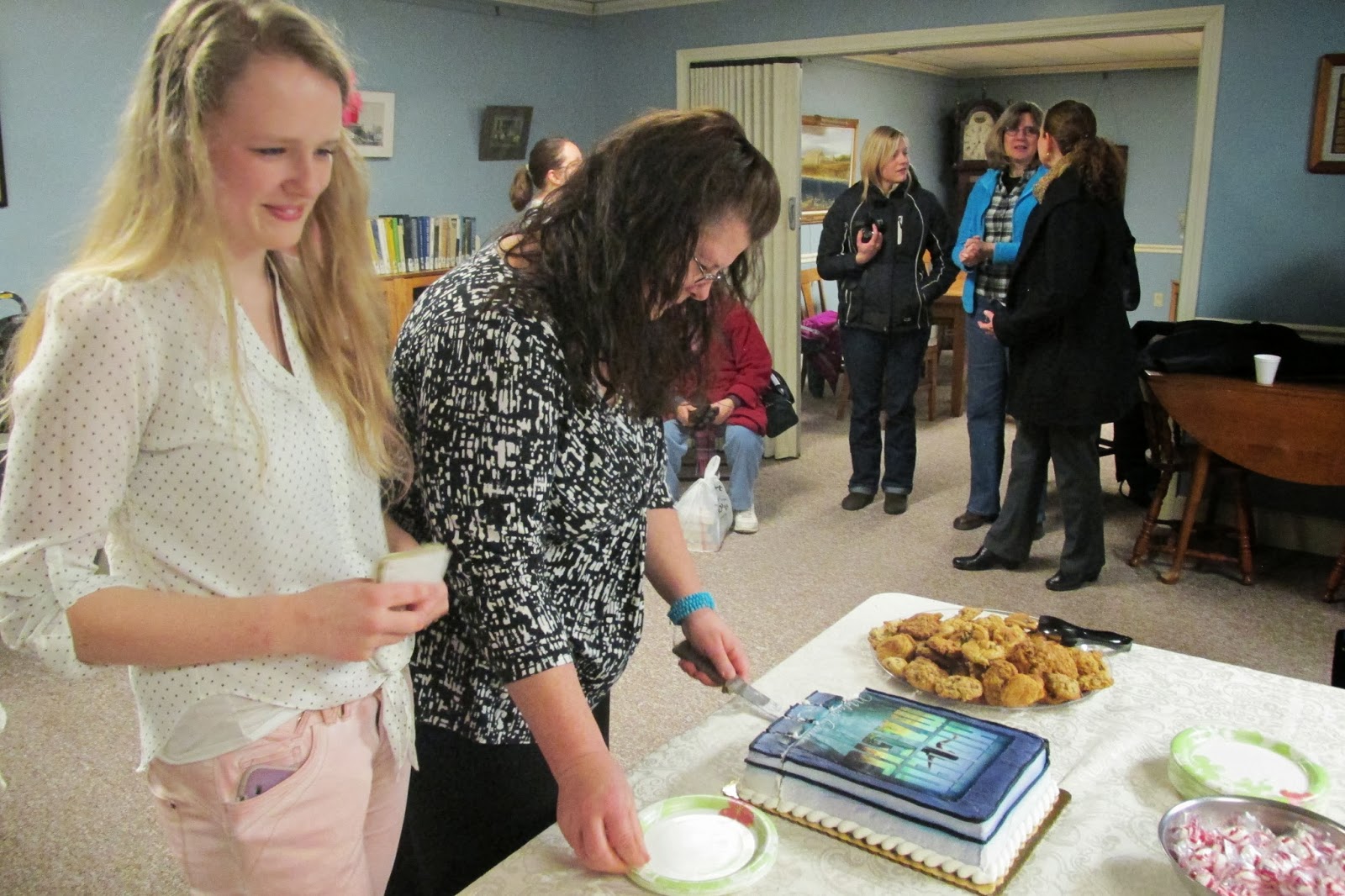 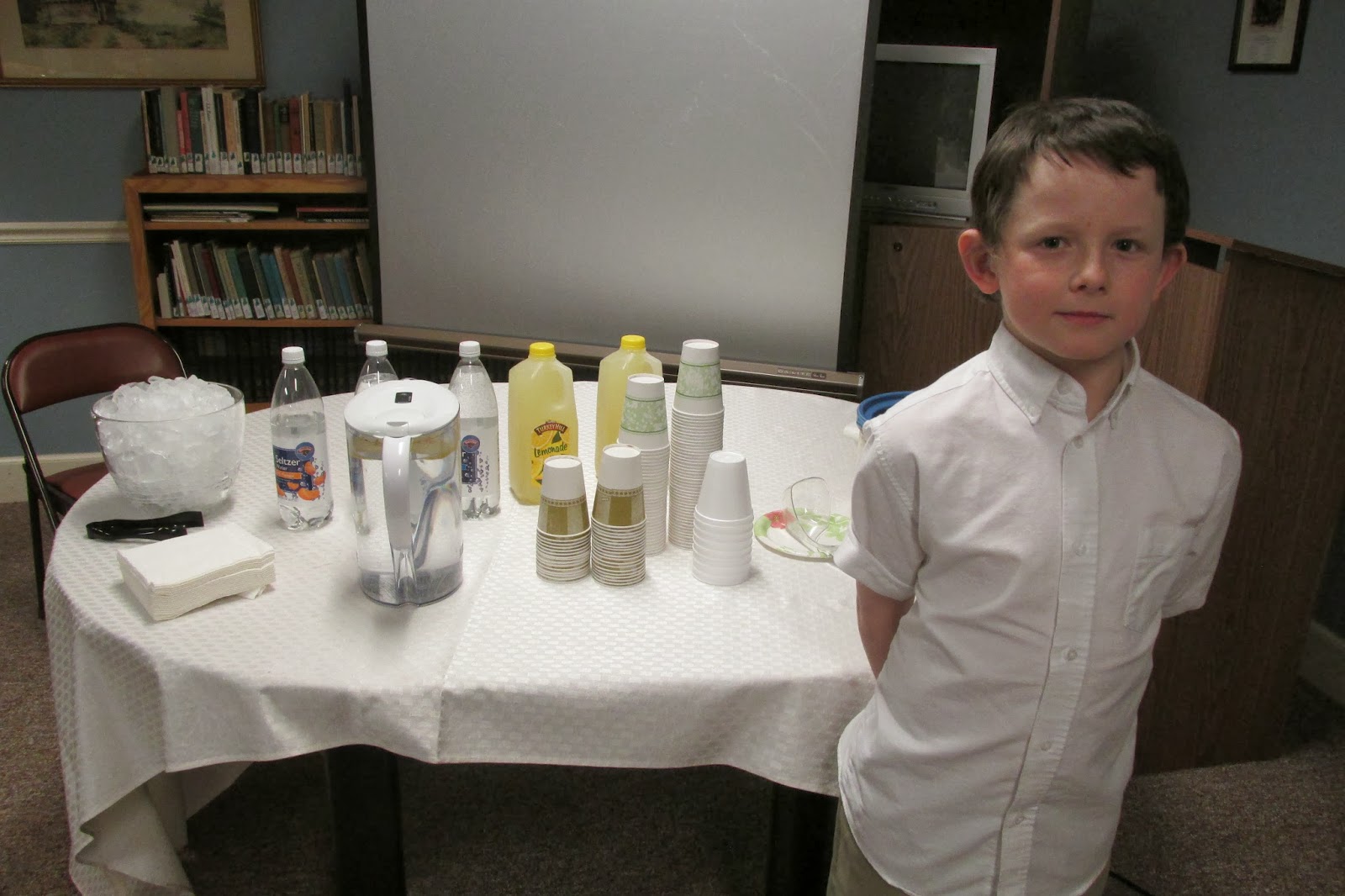 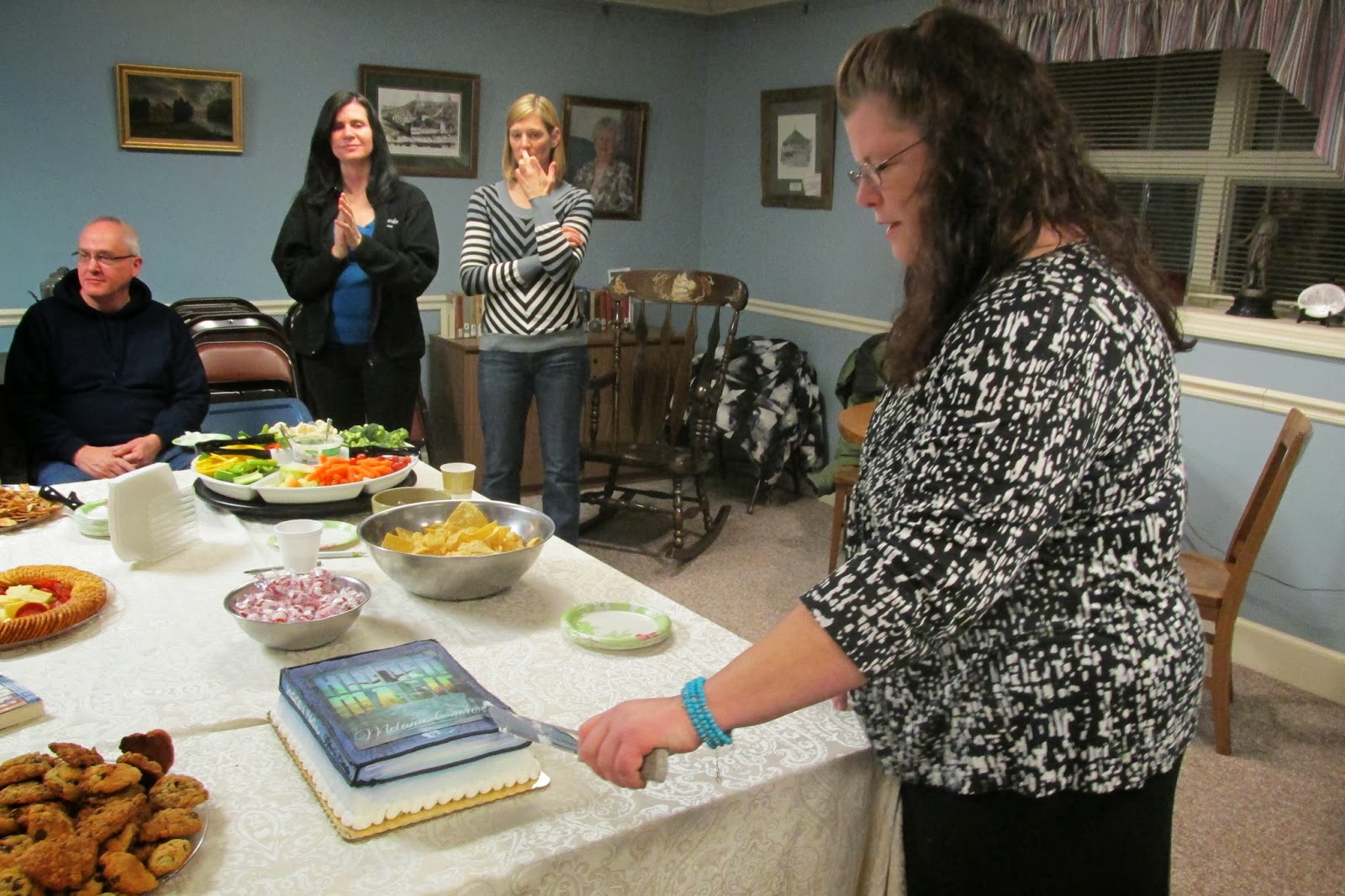 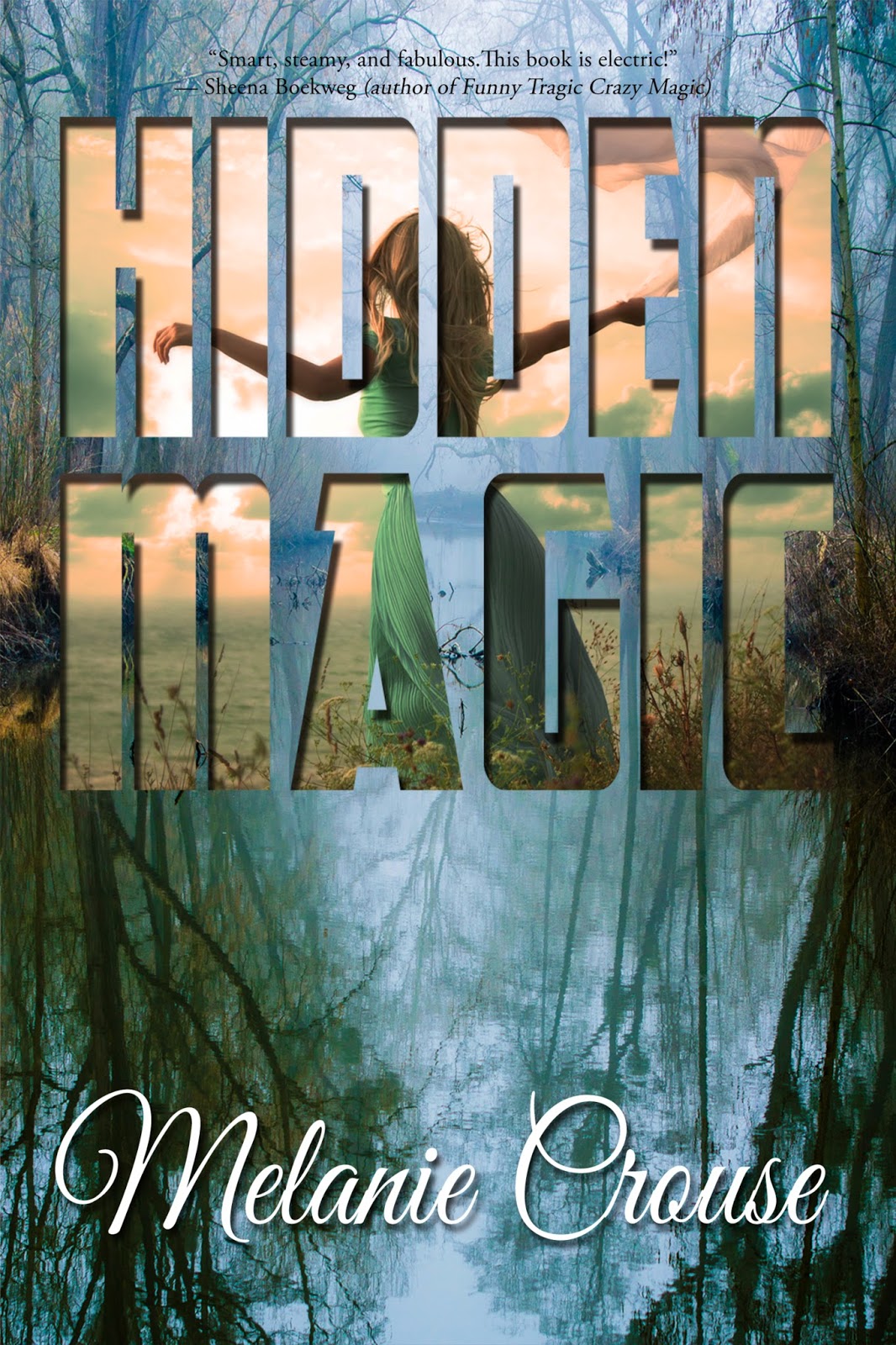 Purchase ebook on Amazon
Purchase soft cover book on Amazon
When Jenny has the opportunity to spend the summer with her sister, a small slice of freedom is all she's really hoping for. Instead she finds something else altogether: electricity.
That's what Jenny feels when she looks at Arram. She knows he’s drawn to her too, but the mage-in-training does his best to hide it.
Stung, Jenny turns to Arram's former best friend, Jack. But Arram and Jack's rivalry is much darker than Jenny suspects, and so are Jack's intentions. Soon she's caught in a mystery of old murder, ancient prophecies, and magic hidden where no one has thought to look.
When Jenny uncovers a secret magic, she is offered two choices. Arram wants her to do the safe thing. Jack wants to show her the easy way out. Whatever Jenny decides, her life will irrevocably change.
Either way, freedom may be the one thing Jenny can never have.
Excerpt
Jack put his finger to his lips and motioned toward an empty bedroom across the hall. Not knowing what else to do, she went in, her heart thudding against her ribs. “Jack,” she whispered. “What are you doing here? How did you get in?”
“What? No welcome home kiss?” His voice was mocking.
Trying to keep her voice steady, she said, “So Arram was right. You do want to kidnap me after all.”
“Kidnap you?” Jack looked horrified. Underneath the horror though, Jenny could see that his eyes were sparkling with mischief. “I should have known Arram would fill your head with something stupid like that. No, you wonderful, impossible girl, I’m here to rescue you.”


Here is a list of the blogs that will be helping me to spread the word:

I need to figure out how to make Teaser Tuesdays work for me. Most indie authors do them, and I am joining their ranks rather reluctantly. I don't mind sharing. Not at all. It's just that the things I write seem very jarring to me when taken out of context. So I'll keep experimenting with it, but in the meantime, here's my very first Teaser Tuesday! This is from Hidden Magic, which will be released on Friday!)

“Arram.” Melinda tugged on his pant leg.     “What?” he asked, bending down to look at her face to face.     “I’m not going to marry you.” She looked into his eyes soberly.
“Why not?” he asked.      Jenny leaned forward on the couch and covered her eyes with her hand.     “Because you’re going to marry Jenny, and I’m going to be your bridesmaid. Me and Jenny worked it all out, ‘cause Christopher said you’ll be old and ugly before I can get married. And bridesmaid dresses are prettier than dumb old white.”     “You and Jenny worked this out?”     “Yes,” Melinda said. “Are you mad at me?”     “Oh no. It sounds like a very good plan. Thank you for finding me someone else.”     “You’re welcome.” 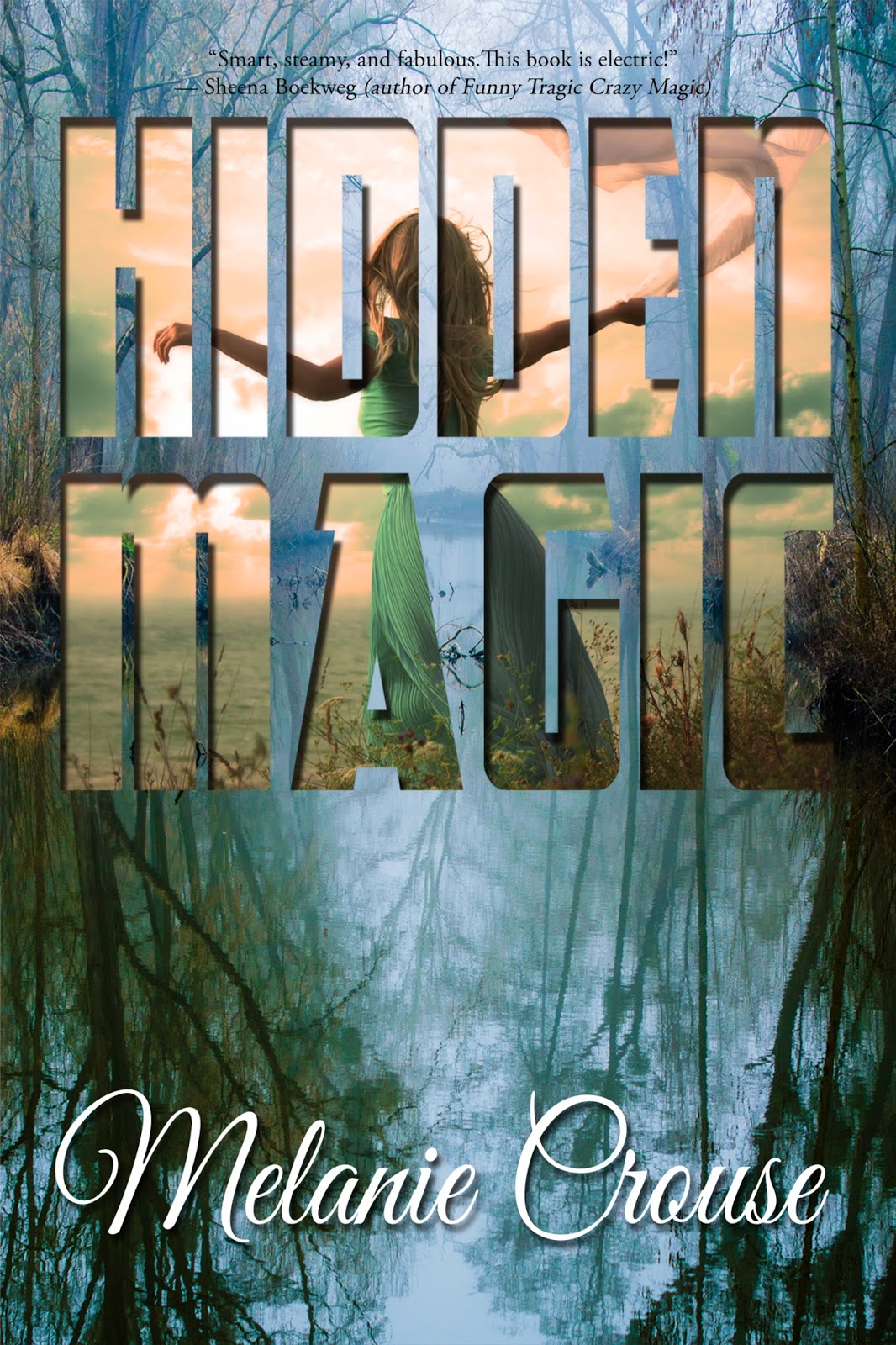 From the back cover:

Jenny feels trapped by her overprotective family. When she has the opportunity to spend the summer with her sister, a small slice of freedom is all she's really hoping for. Instead she finds something else altogether:

That's what Jenny feels when she looks at Arram. She knows he’s drawn to her too, but electricity doesn't seem to be enough to entice the brilliant mage-in-training.

Stung, Jenny turns to Arram's former best friend, Jack. But Arram and Jack's rivalry is much darker than Jenny suspects, and so are Jack's intentions. Soon she's caught in a mystery of old murder, ancient prophecies, and magic hidden where no one has thought to look.

When Jenny uncovers a secret magic, she is offered two choices. Arram wants her to keep her safe. Jack wants to show her the easy way out. Whatever Jenny decides, her life will irrevocably change.Either way, freedom may be the one thing Jenny can never have.