K is for Kara 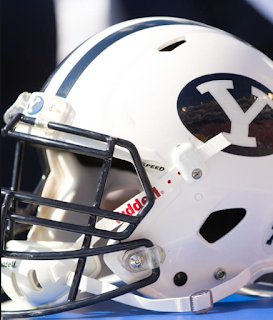 If I'd started writing stories of my life with J, I would have been hard-pressed to choose. So many important people in my life have a first name that starts with J, including my first best friend, Janna. I think we became best friends in 4th grade, and it continued through middle school. But by high school, our friendship had kind of faded. I don't know why. I guess friendships do that sometimes. We've recently gotten back in touch with each other and now belong to the same book club. It's very nice.

I didn't really hang out with anybody my freshman year of high school, and I remember my mom telling me that she was praying that I would find a friend. So I think my mom prayed Kara into my life. She moved to Utah from Colorado, and she went to my high school and to my church, and she only lived a couple of streets from me. We met at church, and I hoped we would be friends, but I wasn't sure it was going to happen yet.

My dad had season passes to BYU football, and he suggested I invite Kara to a game. I wanted to. I really did. But I had a HORROR about rejection--I have stories about the lengths I took to avoid it, but I did NOT want to call and invite Kara to that football game. My parents put their collective foot down. (My dad's a large man, and maybe that's why he did better at putting his foot down then I've ever done as a parent myself). I cried, and I raged, and I had a full-blown anxiety attack, but eventually I called and asked Kara to go to a football game with me and my dad.

The game was fun. We became best friends. We spent all our free time together. We went to college together, and then worked at Bryce Canyon together, and then went to ANOTHER college together. She came and lived with me while I worked on my master's degree. We lived together for six years, and then she got married, and our friendship faded. I don't know why. I guess friendships do that sometimes. It still makes me sad sometimes.