A Is For Ana

The Challenge is to write a blog post for each letter of the alphabet, one a day, taking Sundays off. That’s 26 posts this month! This year, each blog post is going to center around the theme of Love. I picked that topic because it is a perennial favorite of mine, plus I’ve learned so much about writing love this year. I’m looking forward to the chance to pull it all together.

With no further ado...I bring you the letter A. 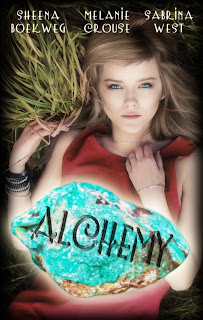 We are nearly finished with the first draft of the sequel, Pyromancy, which is the most fun I have ever had writing a book, and also the most traumatic. I’m not the kind of person who does this, but more than once in the past few months my husband has shaken me awake because I’ve been sobbing in my sleep, and it’s all because of Ana.

To me, Pyromancy is Ana’s love story. I can’t tell you who she falls in love with, because I don’t want to ruin the surprise, but it is glorious, except when it isn’t, and it often isn’t. But there is something about Ana’s love story in Pyromancy which blows the socks off the romance in Alchemy (which was still loads of fun), and that something is:

The equality of the characters.


As a beginning writer, I often set up my characters with disparate amounts of power. Ana’s first love, James, for example, had already established himself as a key player in the world of magic before Ana arrived on the scene as the only unmagical student. Seb, on the other hand, was so head over heels in love with Ana that it often seemed like she had all the power. But in Pyromancy she manages to level the playing field, which makes for such deeper love--I can’t even tell you. You’ll just have to trust me. This notion will change every future book I ever write.

I searched for a spoiler free excerpt about the romance to share with you, but they don’t exist. So instead, here is an excerpt about Ana coming into her own power. This is a scene about Zach teaching Ana to defend herself with a knife:


"Slide the blade. Don't hack it like that. Pretend I'm a loaf of bread. If you hit the bread with the knife you're just going to squish it flat. If you want to slice me, you've got to slide your blade in circles. Little circles."

I fell onto the mat, laughing so hard it hurt my sides. "Is this how you win all your knife fights, Zach? Incapacitate people with a comedy show?" He flicked my neck with his practice blade. "And you're dead." He sat cross-legged on the mat next to me. "This isn't funny, Ana. It's serious business. James is furious with me for letting you carry around a knife."

I wiped the chalk line off my neck and smeared it on his leg. "You are being terribly brave then, risking the wrath of the all-powerful James Mariani. Because you know he is the master of everything I say and do."

Zach rolled his eyes. "You seem to be channeling your inner Juliette. A little less sarcasm and a little more fighting please."

"So basically just continue channeling Juliette then?" I said, and he grinned and helped me up. I stood in the blocking stance he had shown me, and he walked in a circle around me. If this had been our first practice session, I would have concentrated on standing exactly the way he expected, but it had only taken a couple of sessions with Zach to learn that every move he made was either an attempt to distract me or an attack. Sure enough, as he moved out of my peripheral vision, he tried to kick my legs out from under me, but I had already darted out of the way. I pivoted around, and for the first time ever, my knife made a chalk line on his arm.