The Voice of Prophecy 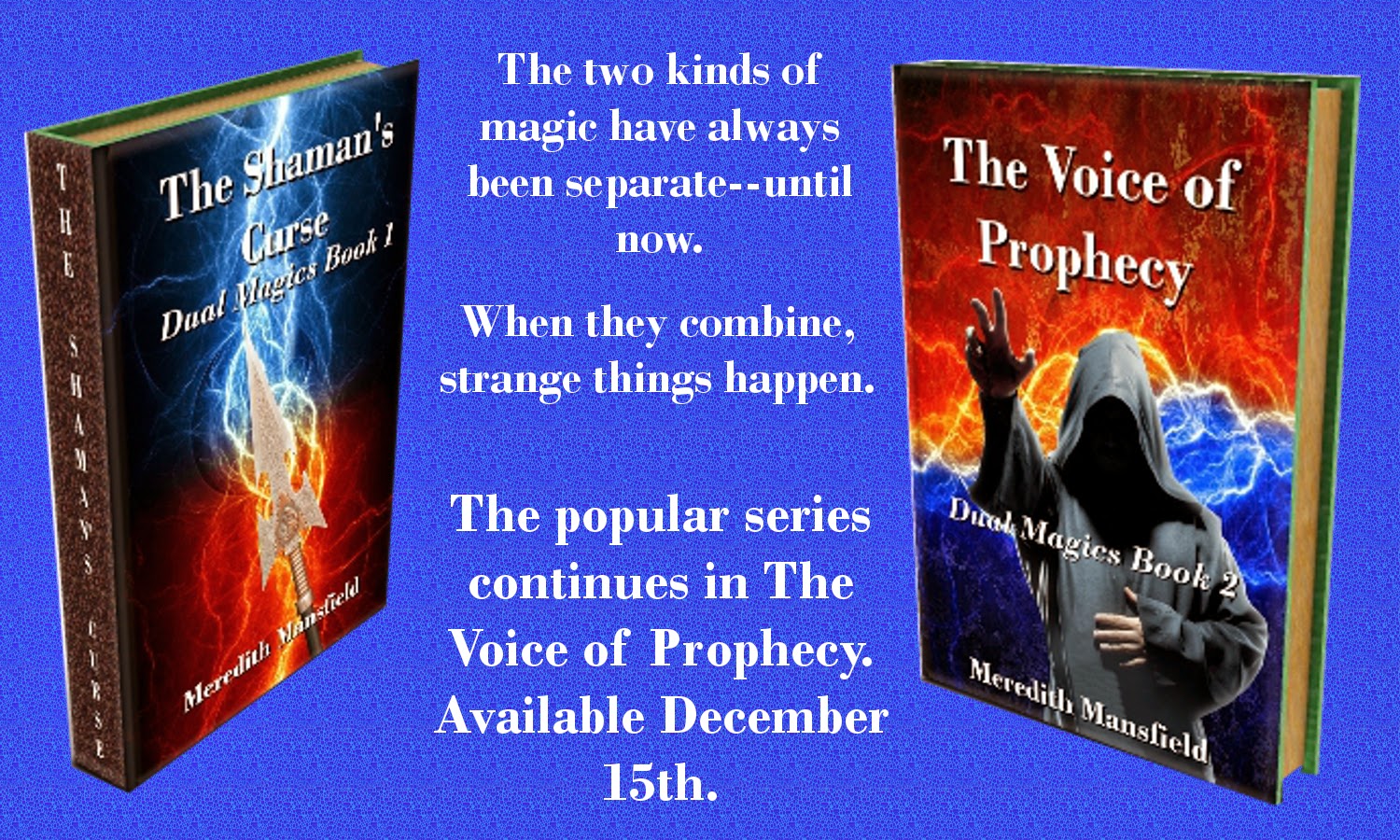 The Dual Magics series are exciting high fantasy books. I read The Voice of Prophecy years ago, when it was still being dreamed up, and can't wait to see what has happened to it after all this time. If you haven't yet read anything from the Dual Magics series, I am excited to introduce you to it. Meredith Mansfield is a talented writer, (and an amazing beta reader).

Two kinds of magic—each unknown to the users of the other—until they combine in one young man.

The Voice of Prophecy, the second book of the Dual Magics series, releases December 19th. 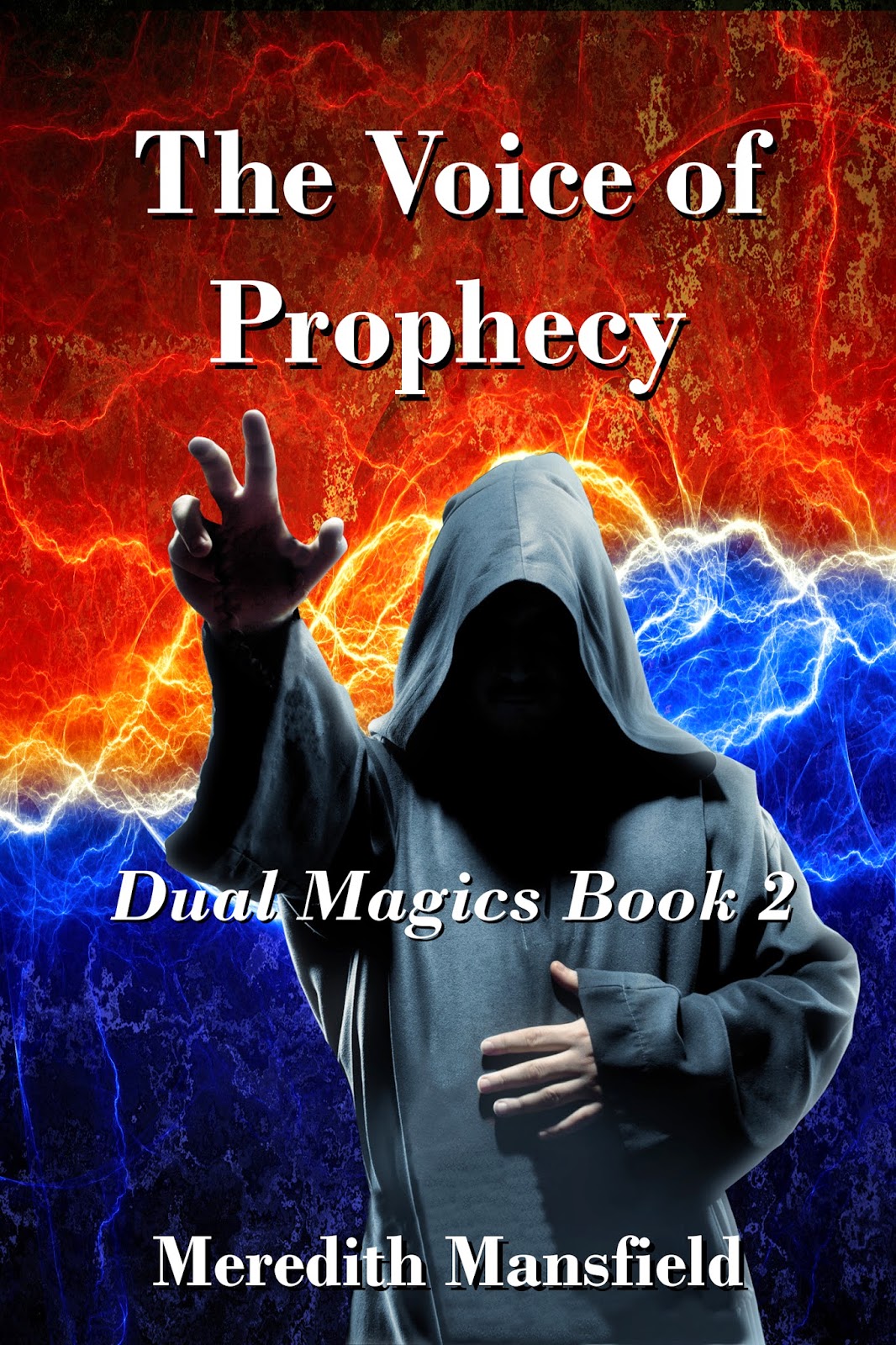 When the two kinds of magic combine in one person, unexpected things happen.
Sensing the presence of lions is one thing. Any member of the Lion Clan could do that. When Vatar sees the hunt through the eyes of one of the big cats—well, that’s something else altogether. And that’s only the beginning of the unusual manifestations of his magic.
When a mysterious voice only he can hear volunteers ancient wisdom, Vatar knows he’s in trouble. After enduring an Ordeal to prove he isn’t haunted by an Evil Spirit, Vatar thinks he may be possessed after all. Or losing his mind. Or cursed.
He must hide his Talent from his magic-fearing people or face consequences that don’t bear thinking about. But he has to control it in order to keep it secret. And now he’s not sure he can. It’s enough to make him want to give up on magic altogether.
But he’s going to need all his wits—and all the magic he can muster—to defeat those who want to use him and his unique abilities for their own ends.
The first book in the series, The Shaman’s Curse. 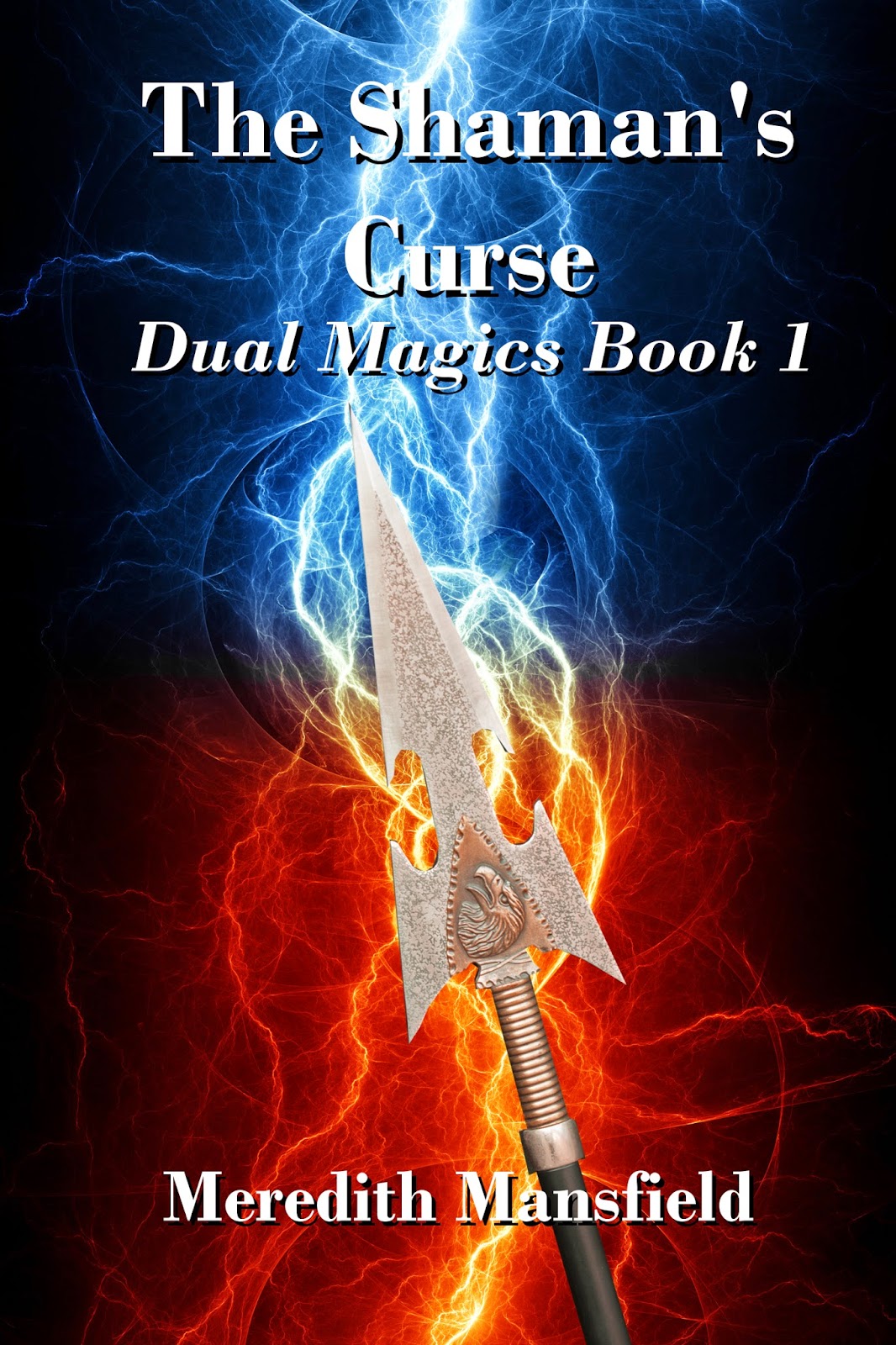 Vatar risked his life to try to save his friend--and failed. Now he has an implacable enemy in the vengeful shaman, who blames Vatar for the death of his only son. In his isolation, Vatar finds some comfort in daydreams. He knows the strange girl he sometimes imagines is just that--a dream. She’d better be.
Because, if she’s real things could get even worse for Vatar. The accepted magic of Vatar’s plains tribe wouldn’t enable him to see or communicate with a girl he doesn’t even know--or know where to find. That would be more like the magic passed down in certain, closely-guarded bloodlines among the ruling class of the coastal cities. And that’s bad. Very bad.
Unlike their own, Vatar’s people think the city magic is evil. If the shaman ever found out, it could be the weapon he needs to destroy Vatar. And yet, finding a way to accept the other side of his heritage may be the only way Vatar can ultimately defeat his enemy.


The two kinds of magic have always been totally separate. Until now.
You can find The Shaman's Curse here, and The Voice of Prophecy here. She's also written a novella from the same series called Becoming Lioness, which is free here.
Good luck Meredith!
at December 16, 2014